We have addressed industry-wide pension funds earlier. The Netherlands has more than 50 pension funds which are obligatory in certain sectors such as the building, hotel and catering or the employment agency branch. This obligatory sectoral pension fund membership is legally regulated [provided for by law]. A company has no say in this matter should you carry out activities which fall under the activities described in the obligatory membership requirements [provisions] in question (this also means you fall under a Collective Labour Agreement (CLA) because the definition of the activities is the same).

Are you a builder, then you fall under the building Collective Labour Agreement as well as the building sectoral pension fund. That means that as an employer you must make pension contributions to the (building) industry-wide fund. Should you fail to do so, it’s just a matter of time before you will be requested [summoned] to do so.

In most cases, the [imposed obligation] obligation is clear. If you have a restaurant, you fall under the pension plan of the pension fund hospitality & catering. There is hardly ever any discussion regarding this topic; even the average builder accepts this.

Recently, on 21 December 2018, the Dutch Supreme Court has again given judgment regarding this legal issue.

What was the case? The employer’s activities were analysing defects in printed circuit boards, finding solutions for these defects and doing the repairs. The final repairs were according to the employer but an ancillary part of the activities.

It has been established that the repairs do fall under the scope of the Pension Fund for Engineering, Mechanical and Electric Contracting (PMT). The discussion that took place was whether the analysis activities should be aligned with the actual repair activities, thus considered as activities which under PMT’s scope fall.

‍“In this Collective Labour Agreement, 'employer in the Metal and Technology' is understood to mean the employer for whom the number of agreed working hours of the employees employed who are involved in the work as performed in the branches of business referred to in Article 3 (within Metal and Engineering), is greater than the agreed number of working hours of the employed employee(s) who is/are involved in work as performed in any other separate industry (other than Metal and Engineering), remaining in the above described comparison, the economic function of each of the activities is to be disregarded [not taken into consideration]”.

The Supreme Court ruled differently. The Supreme Court decided that first the number of employees involved in these activities mentioned in the obligatory membership [provisions?] has to be established, then the number of working hours which were agreed upon by the employer with these employees has to be determined, in which it doesn’t matter whether the described agreed upon hours are invested in these very activities.  The next step is to compare the number of hours with employees who carry out activities in another branch of the business (such as analysis and/or test activities). According to the Supreme Court, the judgment of the Court of Appeal (High Court) that analysing and testing doesn’t apply to [is not attributed to] repairs, is untenable. According to the Supreme Court, the analysis and test activities are only carried out in connection with maintenance and repair work. For this reason, the first activities are of service to [servient to] the second activities. You need analysis and testing to do repairs well.

In short, the matter has now been remitted to the Court of Appeal in Amsterdam. The Court of Appeal must now decide how many employees are involved in the activities outlined above. Expectations are that the employer involved in this case shall eventually hear that the employer [company, he] has an obligatory membership with the PMT and will also have to abide by the Collective Labour Agreement.

Consequently, that employer will be confronted with additional assessments by the Pensioenfonds Metaal & Techniek (Pension Fund for the Engineering, Mechanical and Electric Contracting). Generally, the pension fund claims [with retrospective effect] 5 years of retrospective contributions [that] which have not been paid. These are often [heavy] enormous claims. In addition, there also is a risk that the employees in question will invoke the Collective Labour Agreement provisions by claiming that they haven’t received enough salary or that they have missed certain increases [increments] or other advantages stated in the Collective Labour Agreement. In principle, these claims also expire after 5 years so they can retrospectively be claimed for this period.

As a company, it’s worthwhile asking yourself from time to time whether there is an obligatory membership is hanging above your head. Checking this makes sense. Should your company take over new activities or become more [successful] active in a certain branch then it’s possible that you have exceeded the 50% (because of the main criterium), thereby falling under the scope of the industry-wide pension fund and Collective Labour Agreement.

Important to remember, pension funds are faced with decreasing coverage ratios and consequently are quite active in their pursuit to find companies to join the pension fund.

Should you have any questions or need more information, please contact Erwin den Hartog. We will gladly help you. 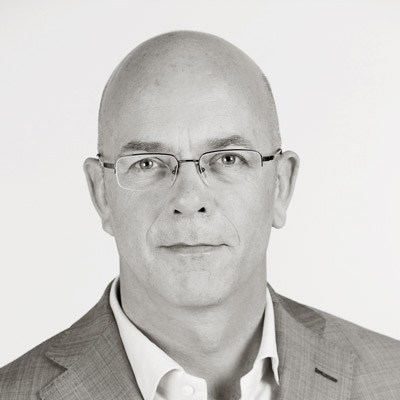